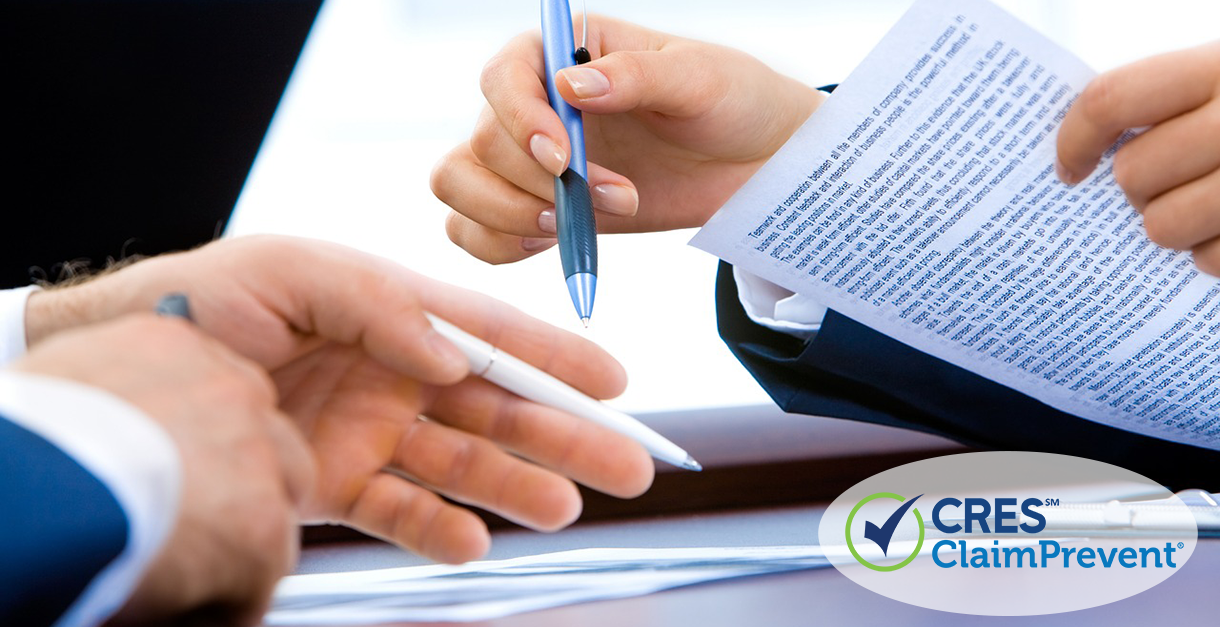 A listing received multiple offers.  The seller narrowed it down to two, and the agent sent out two counteroffers – but failed to specify which counter was back up. The only contingency was the seller’s ability to find a new home. Before the agent realized the mistake, both counters were accepted and returned within minutes of each other, effectively giving the seller two valid and enforceable contracts. The agent notified the brokers of both buyers of the situation hoping that one of the buyers would agree to a back-up position, but that didn’t happen.

When the agent contacted the CRES Legal Hotline, we walked him through some options.

In this case, both buyers may seek to enforce their contracts. The sellers would have to breach one of the contracts by backing out, subjecting themselves to possible legal claims (potential claim #1).

Another option is that the sellers could proceed with the transaction under both contracts, and hope that one of the buyers could not meet their obligations and have to terminate.  But this is a risky option. If all buyer obligations are met, and they are now several months down the road backing out of a closing, the disgruntled buyers would have greater “damages” to claim.  For example, they lost opportunities to buy a different house during that time (potential claim #2).

If both buyers maintain they have enforceable contracts, a third option is to attempt to buy one of the buyers out of the contract for a minimal fee.

The agent asked whether his clients could use the contingency related to finding a new home to get out of both contracts.  This would be risky, because it could be construed as bad faith on the part of his clients (potential claim #3).

The sellers intended to enter into a builder contract for their new home, and their builder had been adamant about not accepting a contract to build/buy with any contingencies.  The agent was concerned that the builder would be aware of his seller’s situation, because both the builder and one of the buyers were using the same managing broker. In that case, the builder could refuse to enter into the contract to build the new home, giving the sellers independent basis for bringing a claim against the agent for interfering with their ability to build their new home (potential claim #4).

The agent decided to informally attempt to negotiate with Buyer #2.  With guidance from the Legal Hotline, he reached a tentative agreement with Buyer #2 and confirmed that the seller would also sign the release.  The settlement involved termination of the contract between Buyer #2 and the sellers in exchange for a payment to Buyer #2. In addition, the sellers agreed that in the event their current contract falls through, they would offer the house for sale to Buyer #2 under the same terms and conditions, and Buyer #2 would then refund the settlement payment.

As part of the agreement, all parties agreed not to make any legal claims, file any lawsuits, make claims to the state real estate commission or local real estate licensees association, or any licensing or regulatory claims related to the termination of the contract.

The agent originally contacted the CRES Legal Hotline on a Friday.  The Legal team worked throughout the weekend with the agent, and concluded the situation on Tuesday, preventing four potential claims!

What issues have you had with multiple offers?