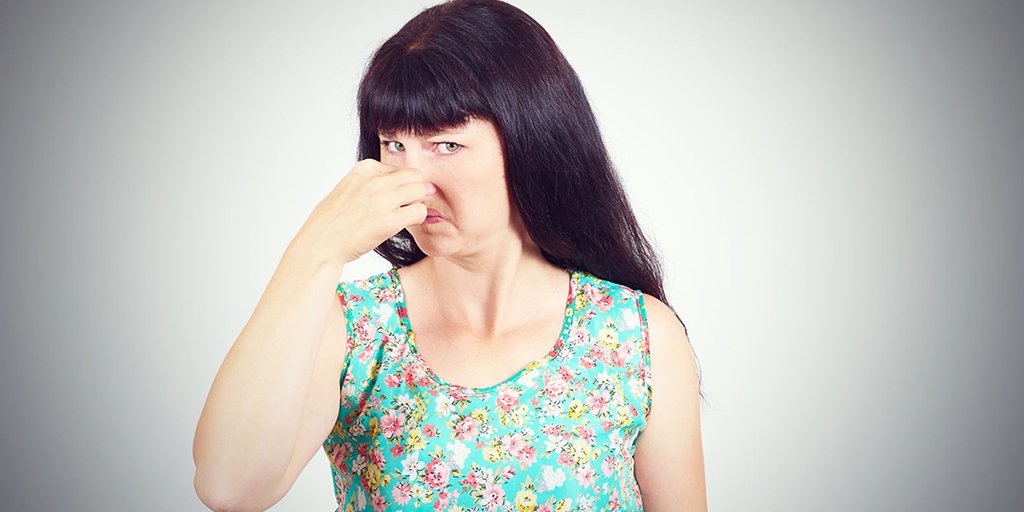 How to Advise Your Real Estate Client About Bad Odors

You may talk to your sellers about curb appeal, decluttering and staging.  But there’s something else that can make a terrible first impression: smell.

Troublesome odors may make potential buyers leave before really seeing the property, or the smell may lead to a subconscious negative opinion. And the tricky thing about smells is that homeowners often don’t know how their home smells.

Making your real estate client aware that their home has strong odors — and encouraging them to actively eliminate them — can be the difference between a sale at top value and a home that lingers on the market.

How to Advise Your Real Estate Client to Eliminate Odors

Be tactful when pointing out odors and keep the focus on making the house appealing to potential buyers.

How you deal with smells depends on the kind of smell. Some odors can be very persistent and hard to get rid of, but doing so can make a difference in selling a home and getting a good price.

If the home has been closed up, start by opening windows to get air flowing. Fans can help move air to increase ventilation as well.

Do you have a sofa that the dog has been sleeping on for years or a mattress that a child potty trained on? Have the carpets and window coverings been infused with cigarette smoke? Sometimes smells are beyond cleaning and simply removing the offending object is necessary.

Small ways to remove smelly materials include taking out the trash more frequently, moving litter boxes outside, removing old food and cleaning the fridge, keeping up with laundry, and getting rid of countertop composters while the house is on the market.

Deep cleaning can make a big difference. Clean walls and floors. Wash bedding (including pet bedding) and drapes or curtains. Deep clean carpets and upholstered furniture, especially those that have been exposed to strong smells. Deodorize the garbage disposal and garbage pails.

If you can identify the biggest sources of odors, start there, but a good general cleaning can help, too.

Sometimes cleaning isn’t enough. Strong, persistent odors like cigarette smoke or cat urine may require stronger measures to eliminate odors. You may need to seal or use an odor blocking paint to repaint walls, floors or ceilings. If the problem is severe, consider new carpeting or flooring. There are even odor-eliminating ozone devices that can be purchased to help eliminate odors embedded in walls and furniture.

Do you have clients that love cooking or eating onions, garlic, fish and flavorful curries? These can leave lingering smells in a house. During the sale, particularly in the days prior to an open house or showings, encourage choosing more neutral foods.

What if a pet is the culprit? Once you’ve removed or cleaned things that hold lingering odors, try limiting the pet’s access within the home while you sell. Some owners go so far as to relocate pets temporarily, though this may feel extreme.

Baking soda or fresh ground coffee placed around a home can help absorb odors. Apple cider vinegar can clean up a stinky drain. Lemon can freshen up a garbage disposal. White vinegar is also useful for clearing the air.

What about air fresheners? They can help, but too many can be overpowering and suggest a cover up. Instead, try to eliminate problem odors and introduce pleasant smells like freshly baked cookies or pie or fresh laundry.

Even though you want to clean up problems, make sure you aren’t just masking something serious—like mold issues—that should be disclosed. Trying to mask challenges and not fully disclosing them can lead to lawsuits down the road. If you’re unsure how to handle disclosing a potential situation that you discovered through an odd odor, consult a real estate attorney.

If you have CRES Real Estate E&O + ClaimPrevent®,  then you’ve already got 7-days-a-week access to local real estate attorneys.  Our legal team can help answer questions and review disclosures to help you avoid challenges with sellers and/or buyers in the future.

Most people don’t notice smells in their own home, but odors can drive potential buyers away from even the most appealing house. Take steps to clear odors and get a fresh nose to see if a house passes the sniff test.

What tips do you have for clearing odors to make a house more attractive to potential buyers?