Agreements between agents to share commissions may be enforceable even where the agents are affiliated with different brokers.

In a new case, Sanowicz v. Bacal, (2015) 234 Cal.App.4th 1027, two agents who were both affiliated with the same broker entered into several agreements to share commissions equally on any transactions that either of them closed.  As part of their partnership, the agents jointly worked on a sale of a $14 million property and signed a California Association of Realtors Referral Fee Agreement form agreeing to share commissions equally if that property should sell within two years.

One of the agents moved to a different broker allegedly to close the transaction without his partner knowing.  The deal successfully closed at a sales price of $14 million but no commission was paid to the agent’s former partner or broker.

The partner who did not receive his share of the commission sued to recover his half of the commission.  The agent who received the commission argued that the suit had to be dismissed because Business and Professions Code section 10137 provides that it is unlawful for a real estate agent to accept compensation from any person other than the real estate broker under whom he or she is licensed, thereby making the agreement with his former partner illegal.

Despite these established rules of law, the Court of Appeals found that: (1) a broker may share commission with an unlicensed principal in the transaction because the principal is not performing acts for which a real estate license is required; (2) when an unlicensed person performs both activities that require a license and activities that do not require a license, he or she may recover for the unlicensed activities if that portion of the contract is severable and there is separate legal consideration for the severed portion of the agreement; and (3) the requirement that commission agreements with a principal must be in writing does not bar recovery by an agent of commissions due him or her based on an oral contract with another licensed agent or broker.

Of course, the best practice is to reduce all agreements regarding commissions or referral fees to writing.  This protects both parties to the agreement.

This case is helpful in answering two questions that agents often have.  The first is whether a rebate of a commission can be paid to a client.  Although this case does not address the requirements of RESPA, it clearly says that under California law, a commission can be shared with a principal.  The second is that agreements between agents to share commissions are enforceable even if not reduced to writing. 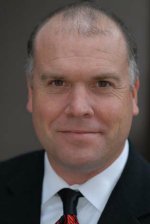 Mr. Carlson formed Carlson Law Group, Inc. in January 2005.  He currently represents scores of real estate professionals in a wide range of matters. Mr. Carlson also represents individuals in the purchase, sale and lease of residential, commercial and industrial properties. Additionally, he has assisted several clients in building permit, zoning and other land use matters. Mr. Carlson’s practice focuses mainly on litigated matters, and he has handled over a dozen jury trials to verdict as well as several court trials. His trial experience includes two trials that each lasted over five weeks. Throughout his career, Mr. Carlson has strived to provide superior legal services while at the same time containing costs for his clients.