Failure to Disclose: Case Studies Uncover When Real Estate Agents Might Be Liable

Although not every jurisdiction has addressed the issue of whether a seller or seller’s agent has a duty to disclose a future public works project that may involve the use of condemnation or eminent domain, nearly every state that has addressed this issue has concluded that there is no duty to disclose, regardless of the theory of liability put forth by the buyer. The overarching rationale for these decisions is best stated in the New York case of Khindri v. Getty Petroleum Marketing, Inc. where the court held:

“In the case of condemnation, any failure of a vendor or vendor’s agent to the prospective purchaser of real property of proposed municipal condemnation thereof does not constitute actionable fraud … since condemnation is [a] matter of public record which a purchaser could reasonably discover with the use of due diligence.”

939 N.Y.S.2d 741, 2011 N.Y. Slip Op. 51818(U), at *3. In Khindri, the buyer signed a purchase agreement but, prior to closing, the state scheduled a public hearing regarding the widening of a road that would acquire a portion of the property. The seller failed to disclose this fact and the imminent condemnation of the property to the buyer. The buyer sued the seller for fraud, failure to disclose and negligent misrepresentation. The court dismissed the buyer’s claims, holding:

“The pending of such action was clearly a matter of widespread public notice well before the Plaintiffs closed on the subject commercial property…. Due diligence on the part of the Plaintiffs would have revealed this obvious fact as …. Id. at *4.”

New York, Beach 104 St. Realty, Inc. v. Kisslev-Mazel Realty, LLC
In a similar New York case, Beach 104 St. Realty, Inc. v. Kisslev-Mazel Realty, LLC, 906 N.Y.S.2d 614 (N.Y. S. Ct. 2010), the buyers sued, “alleging, in effect, that the defendants committed fraud in failing to disclose the City’s proposed condemnation proceeding prior to the parties’ entry into the [purchase] contracts and that the defendants had a duty to disclose such plans.” Id. at 616. Even though the sellers had been in contact with the condemning authority for months prior to entering into the contracts of sale, and failed to disclose this fact to the buyers, the appeals court held that the case should have been dismissed because “the knowledge of the condemnation was not a matter within the peculiar knowledge of the [seller] defendants and, therefore, could have been discovered [by the buyers] through the exercise of due diligence.” Id. at 617.

Florida, Hauben v. Harmon
In a federal case arising out of Florida, Hauben v. Harmon, 605 F.2d 920 (5th Cir. 1979), the buyers entered into a land sale contract with the sellers to purchase 834 acres of land, which was partially located within a water management district and swamp flood detention area and, consequently, subject to condemnation by the State of Florida for flood control purposes. Id. at 922. Between execution of the original purchase agreement and a subsequent addenda, the sellers had several communications with the district concerning its plans regarding the property and discovered that the district “might need 70-75% of the property … and that … it might institute condemnation proceedings.” Id. The seller did not disclose any of this information to the buyer but the buyers’ claims were dismissed because, despite the sellers’ individual and undisclosed communications with the district, “the buyer and sellers apparently had equivalent access to the information concerning the property,” id. at 924, which was a matter of public record. Additionally, the court was persuaded by the fact that properties slated for future public works projects (and thus condemnation) may never actually get condemned (due to lack of funding and other contingencies), holding “mere statements of possibilities do not generally constitute false statements of material facts.” Id.

Michigan, McMullen v. Joldersma
In the Michigan case of McMullen v. Joldersma, 435 N.W.2d 428 (Mich. Ct. App. 1988), the buyers sued the seller, seller’s agent and seller’s brokerage for failure to disclose the “fact that the State of Michigan had plans to construct a highway bypass … which would substantially divert all traffic … away from the party store,” which the buyers were acquiring from the sellers to run a business. Id. at 429. The buyers claimed the bypass ultimately ruined their business and asserted claims for fraud, “innocent misrepresentation” and “breach of contractual duty of care.” Id. The claims were dismissed because “the pertinent facts with respect to the proposed project were of public record,” id. at 430. The court also rejected the idea “that a seller can be liable for a misrepresentation of a future event” when “[a]t the time of purchase, the bypass project was a future possibility—contingent upon federal approval and funding.” Id. at 431.

Iowa, Smith v. Peterson
An Iowa case, Smith v. Peterson, 282 N.W.2d 761 (Iowa Ct. App. 1979), is one of the few cases where the courts have appeared to allow a claim for failing to disclose an eminent domain/public works project. One significant reason for this ruling is that the buyers were unrepresented in the transaction by any trained professionals, agents, appraisers, etc., making them more vulnerable to and dependent upon the seller and the seller’s agent for information. The sellers also affirmatively misrepresented details about the road widening project, expressing to the buyer that “there was nothing to worry about.” Finally, after the sellers had accepted the buyers’ offer to purchase the property, but prior to closing, the sellers actually received a condemnation award from the government for $6,700 without disclosing this fact. In other words, they were trying to sell property that had, in effect, already been condemned.

Case Study Summary
While these cases reflect a general trend away from imposing liability for failing to disclose public works/eminent domain projects, agents and brokers representing sellers should never give legal advice to their clients and should always advise them to seek independent legal advice from an experienced real estate lawyer. There may be extenuating circumstances that require disclosure in any given case. But, generally speaking, a seller or seller’s agent has no duty to disclose a future public works/eminent domain project. 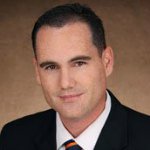 Dan McDonald is a partner at McDonald Fielding, PLLC in Utah. Dan has a broad background in real estate and business with more than 17 years experience representing lenders and other financial institutions, businesses, local governments, associations and individuals in hundreds of transactions, lawsuits, administrative proceedings and appeals. You can contact Dan at info@mcdonaldfielding.com.