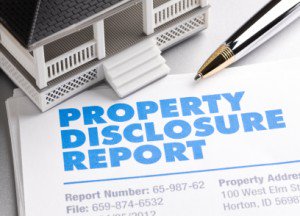 A builder/seller completed construction of the residence at issue in December 2004. Then, he and his wife first occupied the home for approximately nine months before selling it to the purchasers, the Stutts, on September 30, 2005. On September 26, 2005, in conjunction with the sale of the property, the builder and his wife gave the Stutts a Residential Property Disclosure Form and indicated that they did not know of any defects to the home’s roof.

In the summer of 2006, the Stutts also noticed color bleeding on the walls; so, they contacted the roofing manufacturer and soon discovered the defect and the prior settlement agreement by the sellers. The Stutts later filed suit alleging fraud against the sellers in light of the Property Disclosure Form, and they sought replacement costs and attorney fees. In response, the sellers argued that the Louisiana New Home Warranty Act (NHWA) alone applied to the Stutts’ claim. Under the NHWA, claims arising from alleged, non-compliance and defects of newly constructed homes must be brought within the preemptive period of thirty days after the expiration of the applicable warranty period — one year from the date of sale or occupancy. La. R.S. 9:3144(A)(1) and 9:3146. The Louisiana Court of Appeal for the First Circuit agreed with the sellers, and found that the Stutts could have no other cause of action against the sellers arising from the defective roof other than the NHWA’s provisions for non-compliance and defects, and that the Stutts’ claim was preempted (meaning, forever time-barred), as it was brought outside of the applicable preemptive period.  Stutts at 812.

Whether the Louisiana New Home Warranty Act, La. R.S. 9:3141 et seq., provides the exclusive remedy between a home builder and a purchaser of residential property, where the builder previously occupied the home and failed to disclose known defects in the home in a Residential Property Disclosure Statement.

On writ, the Louisiana Supreme Court in Stutts clarified that while the Residential Property Disclosure Act (RPDA) does not apply to “transfers of newly constructed residential real property,” that exemption only applies to newly constructed property which has never been occupied.  La. R.S. 9:3197(B)(5). While the residence at issue was newly constructed, it had, however, been previously occupied by the builder. Thus, the provisions of the RPDA also applied to the sale.

The Stutts court also explained that while the NHWA generally provides exclusive remedies between a builder and owner relative to a new home construction claim, the NHWA does not, however, immunize a seller from other contract law provisions the seller must follow in connection with the sale of a home. Thus, the Stutts court held that the purchasers were not limited to the NHWA’s provisions and remedies under the facts of the case. Stutts at 810. Accordingly, because the sellers also committed fraud in violating the RPDA, the Louisiana Supreme Court determined that the Stutts were also entitled to damages and attorney fees.

Christie L. Laporte, a native New Orleanian, attended Loyola University in New Orleans, where she majored in Economics and International Business and minored in Spanish. During her undergraduate tenure, she worked full time for her family’s fifth generation plumbing company, Laporte Plumbing and Heating, Inc., and for the New Orleans based PJ’s Coffee and Tea Company. Despite working full time and double majoring, Christie graduated summa cum laude in four years and earned both the Bank of Louisiana Award for the Outstanding Economics Graduate and the World Trade Center Award for the Outstanding International Business Graduate.  Christie also attended Loyola on a full Academic Scholarship.

While pursuing her Juris Doctorate at Loyola University, Christie continued to work full time and received the LaNasa-Greco endowed scholarship in her second and third years of law school. Christie graduated in the top 15 percent of her class.

Christie passed the February 2011 Louisiana Bar and was admitted to practice on May 05, 2011. Thereafter, she joined the firm’s Mandeville office.